Andy McDonald MP, the Shadow Secretary of State for Transport spoke with Coundon residents on Wednesday (21 August) about local transport issues. The visit was organised by Bishop Auckland MP, Helen Goodman, as part of an ongoing project to improve public transport in her constituency.

Coundon has recently seen cuts to bus provision in the village, with the withdrawal of the Go North East number 18 service in May. This has resulted in the loss of direct bus access to local supermarkets, Bishop Auckland General Hospital and Woodhouse Close. At the time of the route closure, 521 people signed a petition, led by Labour County Councillor, Charlie Kay. Despite being a much-valued service and reliable link to Bishop Auckland, the route was deemed to be no longer commercially viable by the operator.

During his visit, the Shadow Transport Secretary met with residents to hear how the loss of the no. 18 service had affected them, and to discuss Labour’s plans for the restoration of vital local bus routes.

Mr McDonald said: “Since 2010, we’ve seen the decimation of our bus services across England. We have lost over 3000 services. Labour want to put those services back and to invest in our public transport networks.

“In Coundon today, people were telling me that they want buses to arrive at regular times and go where they need for a reasonable price. Transport is a basic right; it should be a public service. We already have a fully costed plan to restore the bus services that have been cut or axed by the Tories and then beyond that to further increase the number and range of services and get more people taking the bus.”

Local MP, Helen Goodman, was also out speaking with residents. She said: “It was great to bring Andy to Coundon today and to hear from so many people. Buses are a big issue here, as they are across the constituency.

“Today we heard how people weren’t able to get to their hospital appointments and job interviews because of an unreliable bus service. This absolutely needs to change, and is an issue I’m looking into closely.

“Over the summer, I wrote to people with a survey to find out what they think about public transport. The response was really strong. Over a third of people who wrote back didn’t have cars and used buses as their main form of transport, but they were finding it difficult with the limited services we have. It’s hard for people to get to work because services start too late and finish too early.

“Another big problem was the rise in bus fares. Out those people who didn’t get a free bus pass, 66% told me buses were unaffordable. It’s not good enough. The Government are failing our communities by failing to take bus services seriously.” 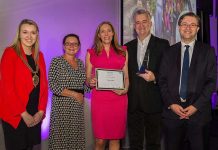 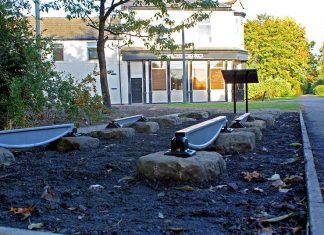 October 2, 2020
0
Members of the Brusselton Incline Group have collaborated with local businesses and Durham County Council to introduce a new rail heritage installation...