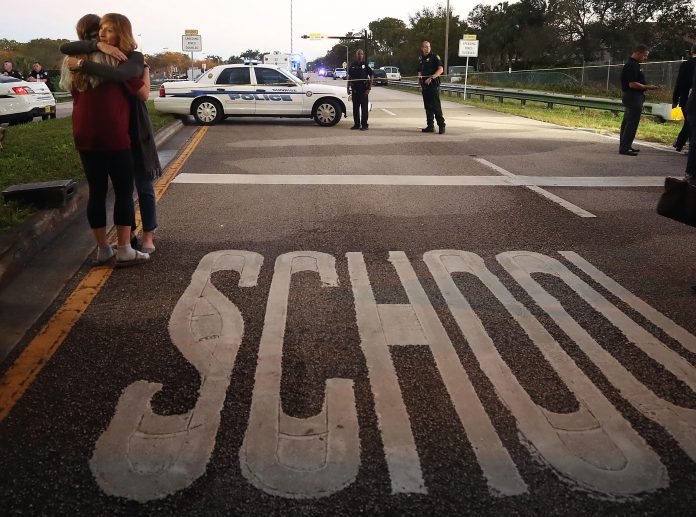 In light of the recent school shooting in Parkland, Florida, I offer my deepest condolences to every child, student, teacher, parent, family and anyone else traumatised by this act of terrorism. These continuous attacks of hatred cannot, and will not, stop unless something is changed.

Donald Trump and Congress, when will you learn? How many mass shootings does it take to realise that GUNS ARE WEAPONS OF VIOLENCE? They are not safe, and provoke every other feeling BUT safety.

Instead of taking to social media to offer your “prayers and condolences” to the victims and kick your narcissism up a notch further, why not offer change? Change the laws surrounding guns. THAT will be the day students and parents feel safe in an American School. Don’t build a wall – build hope, build trust, assurance, security, belief. Stay true to your word and really ‘make America great again’.

Terrorism – what exactly is it?

The question we ask is ‘why would someone do that?’, but shouldn’t it be: ‘how do we stop and overcome it?’

Terrorism. It’s a word I had been thinking about before this latest tragedy. A word which, despite being classed as taboo, has in fact multiplied in usage over the past decade. Defacing the fronts of our newspapers, emblazoned across radio, tv and social media, this is a word we have become all too familiar with and can no longer escape from. But what exactly is it?

Terrorism is most often understood as ‘the intentional, indiscriminate use of violence to create terror and fear, and to achieve a financial, political or religious aim’. The question that’s running through all our heads is ‘why would someone do that?’, but really, shouldn’t it be: ‘how do we stop and overcome it?’

Terrorism is not, as we are led to believe, a modern development and issue; terrorism dates back as far as the 17th century, and the effects of it are equally as despairing each time it happens.

And while it may seem like terrorism is becoming more apparent in recent years, with infamous events like the Westminster attack, Paris shooting and bombing, Manchester Arena Bombing, the Las Vegas Mass Shooting and the latest atrocity at Parkland (to name a few) plastering our news sources, shockingly, it is actually at a lower rate than it was a decade ago.

If we look back 10 years, our perception of that time is relatively peaceful and untroubled – so why now do we believe that terrorism is a rising issue, when it is in fact less prominent than it was in a time which we viewed as more orderly and disciplined? 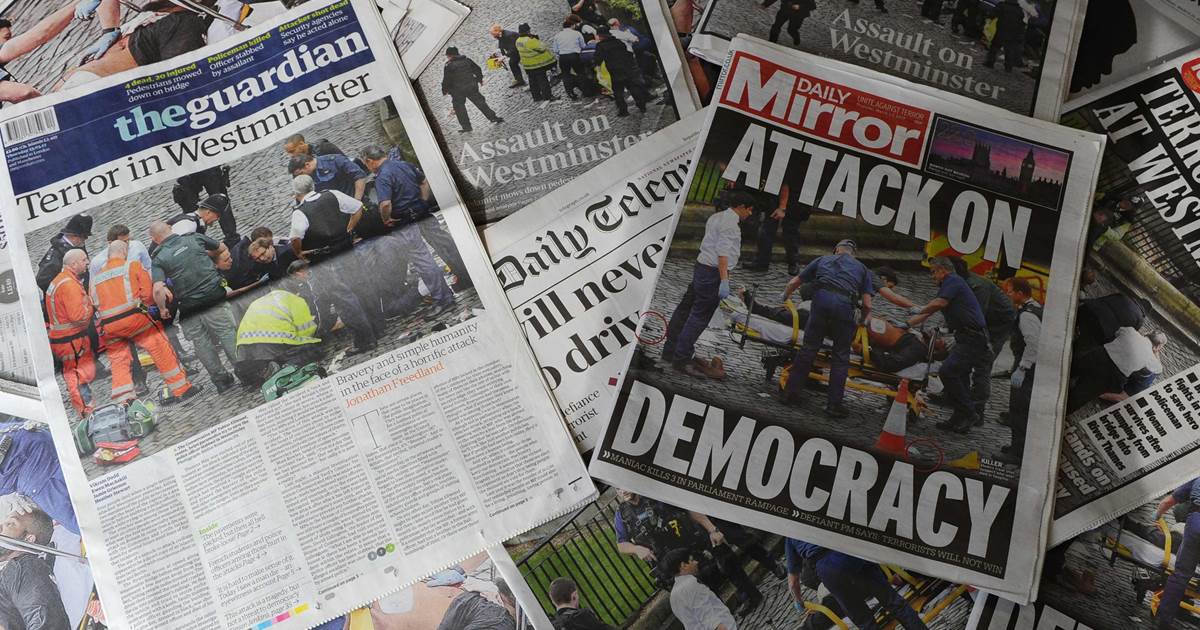 The reason we believe this, is because it is a concept which the media industry thrives on.

Picture this: it’s a weekday morning, you’re almost set to run the usual errands, and happen to pass a newspaper agent; there are two competitive papers stacked side by side, the first reading, ‘Big Ben rejuvenation plan rises to £61 million’ and the second reading, ‘Terror rampage at Westminster’ – which one are you more likely to pick up? The latter, of course.

It’s not that we are inhumane and want to exploit people who have fallen victim to these horrific events, it’s because unexpectedness and negativity are, believe it or not, values that we desire to create more fulfilling stories.

As humans, it’s natural for us to want to experience thrill, excitement and trepidation, so the shock tactics used by the media are supposed to provoke their audience – to make them intrigued and drawn into the story: that’s just how the industry works. 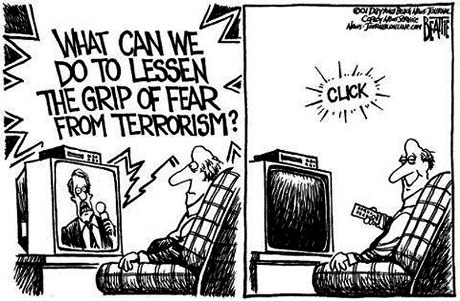 This is why violence and therefore, terror, is ten times more prevalent in the media, as opposed to the real world. Feeling worried that you will become the victim in a criminal or terror attack? Blame your media consumption.

In surveys conducted by media researcher, George Gerbner, he found that people with light television viewing habits (whether news or fiction) predict their weekly odds of being a victim are 1 out of 100, while 1 out of 10 with heavy viewing habits are fearful – when in fact, actual crime statistics show that 1 out of 10,000 is more realistic. 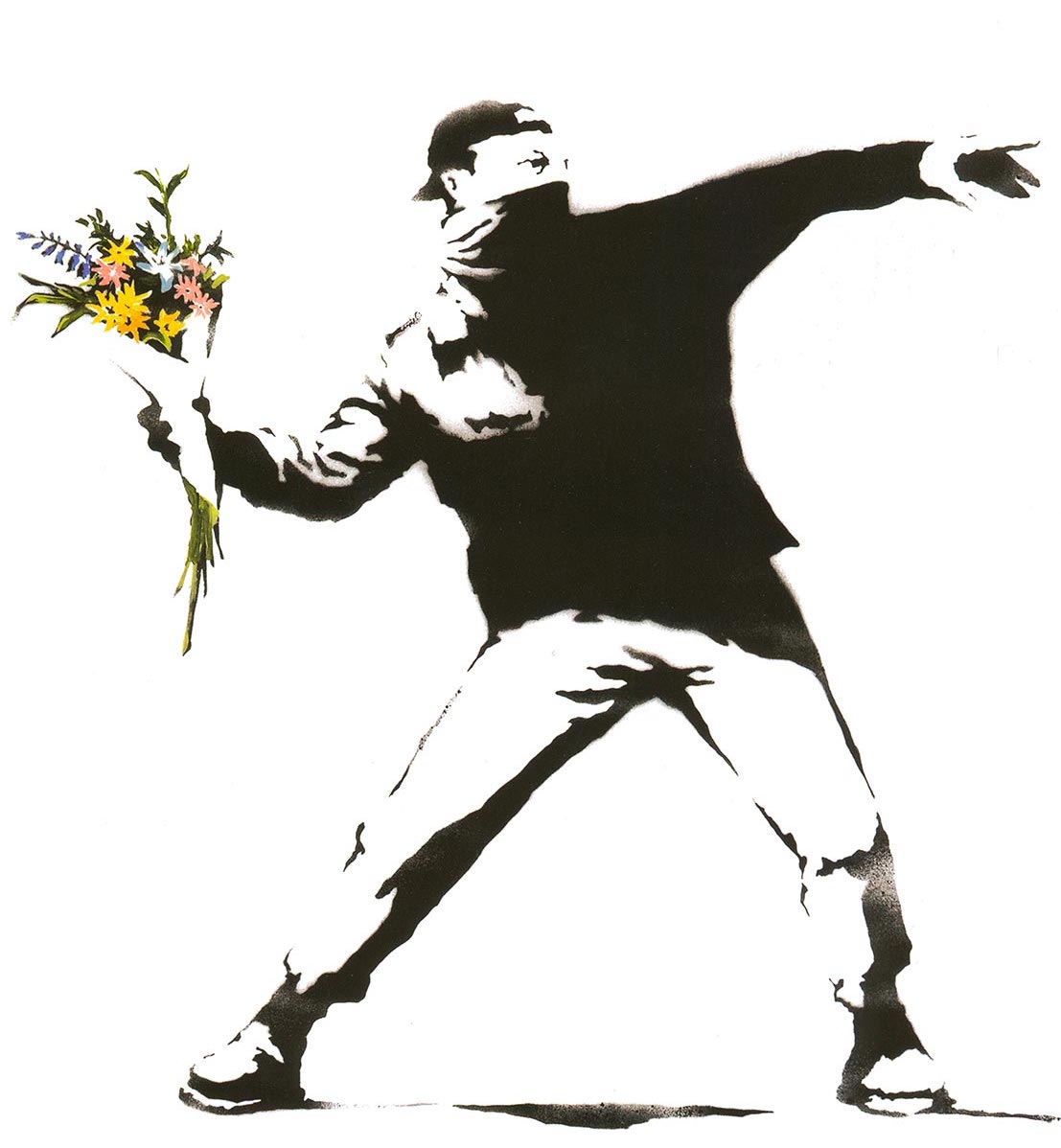 So, terrorism may not be as big of an issue as you may have formerly perceived, but that doesn’t mean it’s not still a big deal – it is. And sadly, many people are affected.

The message is that you shouldn’t fear. On an individual basis, we can’t prevent terrorism, so we can only be aware of it: aware that, in spite of these tasteless acts, we can continue to live our lives to the fullest, we can take the risk, and we can overcome hatred with compassion, strength and support.