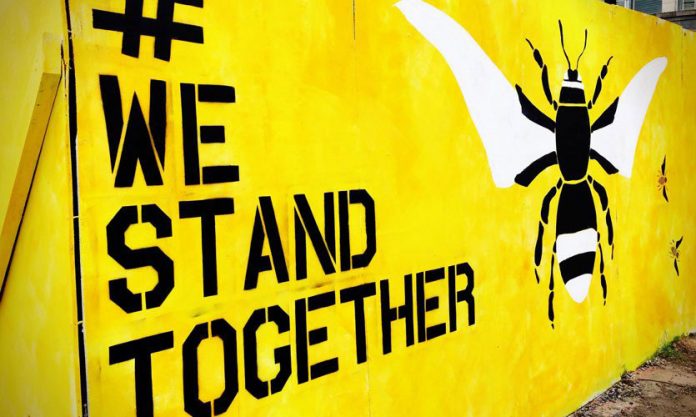 What is the first thing you think of?

Without saying the words, I’m sure we’ll be thinking of the same thing.

What we initially associated with days out shopping, football teams and attending concerts to admire our idols, has transformed into a single, catastrophic incident: the terror attack.

As much as I hate reducing such a great and vast city – recognisable for so many appreciable things – to one, torturous memory, there’s no denying that it has become reality.

Isn’t it crazy how it only takes a few seconds to rewrite the palimpsest of our fondest memories?

Anyone alive at that time won’t either.

And I still remember it so clearly. 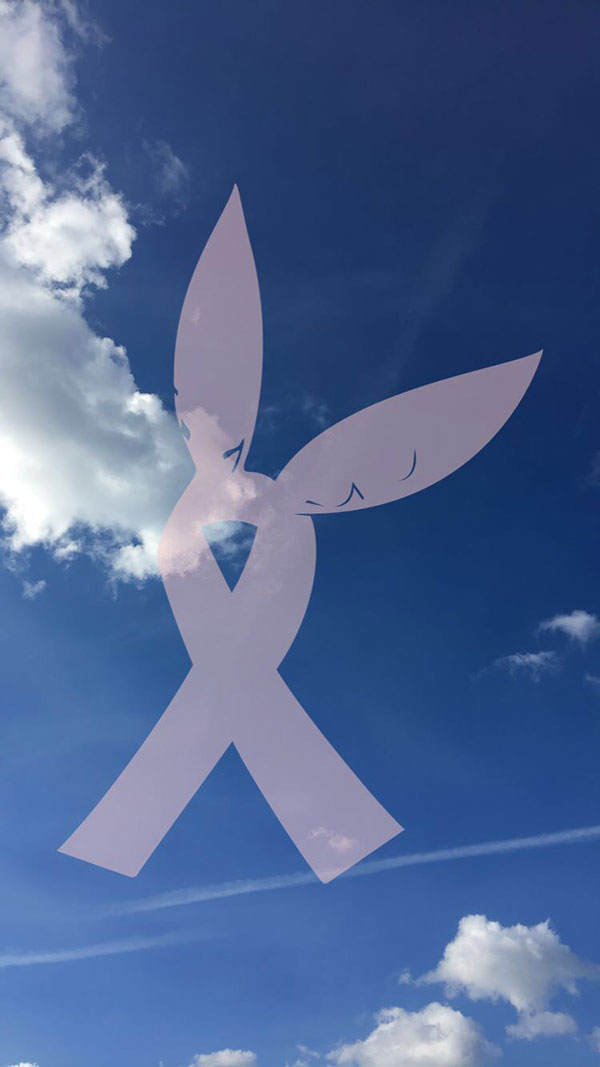 I woke up, excited, adrenaline pumping through my veins, but also a nervous anticipation surging through me; I had two GCSE exams that day, but waiting for me at the finishing line was the Dangerous Woman Tour, the concert I’d been waiting for, for months – counting down the weeks, days, hours, minutes, seconds. It was going to be my first concert ever and what I thought was going to be the best day of my life thus far – and it was. But it was also the worst.

I thought I’d gotten lucky when the exam timetable revealed that I didn’t have an exam the following day, that fate had worked in my favour – but it turns out that one day wasn’t going to be enough. In fact, no length of time will ever heal the pain; it just makes you better at bearing it.

A year on and, though the metaphorical wound hasn’t healed, the thought of it, the anniversary, still manages to twist the knife.

A year ago, I was in the middle of my GCSEs. I woke up, got ready, ate a breakfast with the requisite nutrients to attain maximum brain power, and headed off to school, both mentally and physically preparing myself for the gruelling hours that were ahead.

A swift one hour 45 minutes in the morning and my English Literature Paper 1 exam was over, and I was ready to jump the next, fast approaching hurdle: Geography Paper 1.
I could hardly sit still in my seat, because the reality that I was going to see Ariana Grande in the flesh in less than seven hours or so was too overwhelming.

Feigning a doctor’s appointment, I left school as soon as my second exam of the day was over. I had practically raced out the door as the invigilators declared ‘time’s up, put your pens down’, and the hasty makeover for the night was well underway.

Soon after, my friend and I were en route to Manchester Arena, prepared to have an experience of a lifetime. Well, that it certainly was.

We were dropped off close to the arena and walked the rest of the way, queuing for the entrance. Surrounded by fellow concert-goers in Ariana merch, black bunny ears and cat ears, I was already getting a feel for the exhilarating and somewhat comforting atmosphere of the night ahead.

From the moment that security gave us the all-clear our minds were set on one thing only: merchandise. Making swift movement through the corridor, we collected our exclusive merch and then headed eagerly towards the merchandise stall. We couldn’t risk missing out on a selection of clothing sizes, or something getting sold out.

Next, we ran our second-priority errands, namely toilets and drinks, and then, finally, with exhaustion, headed off to our seats. We were lucky enough to have snatched 7th row floor tickets, meaning we were in the immediate vicinity of the stage. The materiality of how close we were only just setting in as the support acts, Bia and Victoria Monet, took to the stage.

The buzz of excitement from the crowd of 21,000 amplified, indicating our readiness for what we had all been waiting for. As soon as the ten-minute countdown began, reality abruptly took a hold of me. Ariana was going to be right in my face! I jumped up and down with elation and clapped my hands together excitably, incapable of containing the rush of emotion.

Ten minutes had suddenly passed, and the timer read 00:00:00:00. The crowd went silent in anticipation. The instrumental music of Be Alright started. The lights began to flash and the crowd was roaring. Where is she? It felt like forever, but then I couldn’t believe my eyes when the curtains parted and… there she was! She strutted through, then posed in glory to her cheering fans.

This is how much of the night continues. At some point we managed to get even closer and huddled with the crowd gathering round the edge of the ‘T’ – we were SO close!

The concert ended, and Ariana made her graceful exit. Because we had moved round to the ‘T’, it had been a struggle to fight through the swarm of people leaving the floor area to get back to our seats where my friend had left her merch.

We were making our way out, high on life and music, chatty, giddy, pockets empty but hands full of merchandise when it happens.

A large bang. Or what seemed like two. Screaming. A stream of people flooding back into the arena. In that moment, it felt like the world had stopped turning.

My friend grabbed me by the wrist, jolting me back into reality: ‘No! No! No!’

We didn’t know what was happening or where we were going, we just ran. Hand in hand.

Our eyes met through panic-stricken faces. Someone was on the floor. We pressed ourselves against the crowd, trying to get as far away as possible from whatever had happened out there. We still didn’t know. And sometimes that’s worse than knowing.

The rest of the night was just a blur of panic and exchanged I love yous, which we thought could be our last. Someone came onto the stage, trying to calm the commotion, only to announce that ‘there is no problem here’, and telling us to evacuate the building in an orderly manner.

Was he blind? Or deaf? Or both? How did he have the audacity to say there is no problem when people were lying in a corridor dead, injured, bleeding, screaming, crying?

My friend and I held hands the entire night. We still didn’t know what had happened.

The radio is what broke the news. A bomb. I texted my parents and friends, posted on any of my social media handles telling people I am safe.

When I stepped through my front door into my mother’s arms, I instantly felt guilty.

Hundreds were not going to do the same that night. Not ever.

My ears were ringing.

It took until the morning for me to fully acknowledge the truth of the night before.

The next few days and weeks were incredibly rough. I still got up every day and went to school, but only as a hollowed figure, the void filled with guilt and despair.

I continued to plough through my exams, because I wasn’t going to let the terror attack take yet another thing away from me. It had already taken 22 lives and injured hundreds more, shattered happiness, broken relationships and destroyed families – leaving nothing but ugly consequences in its wake.

I am incredibly lucky to be alive. I know that. So you may be wondering why I feel guilty. Shouldn’t I be expressing gratitude? Celebrating life because of all of those who can’t?

But it’s not that simple.

I feel guilty, not because I believe I should have been injured or dead, but because I wasn’t injured.

Hundreds of people suffered and endured so much more pain than me; they lost parents, siblings, aunties, uncles, cousins, and friends, saw things that they shouldn’t have and which will traumatise them for life.

I didn’t see anything, I didn’t lose anyone. And because of that, I feel my sadness is invalidated because there are those who were extremely worse off.

Am I a victim? Am I a witness?

It’s hard to write this, to express what I feel and mean, using the right words.

I am happy to be alive, and from the bottom of my heart, am sincerely grateful that I was lucky enough to not see anything that might scar me, or lose anyone significant in my life. Rationally, I know that I am allowed to be sad about what happened. But for some reason there’s a part of me that makes me feel guilty for being so.

It is hard to recover from trauma that is encrypted into your memories, locked up inside your head. However, the love, stoicism, bravery, strength and unity that resurrected in response to hatred has aided massively in my own and many other survivors’ healing.

We can’t stop or predict terror, but we can challenge it. We have to love stronger, sing louder, and laugh more. We won’t let hate win. 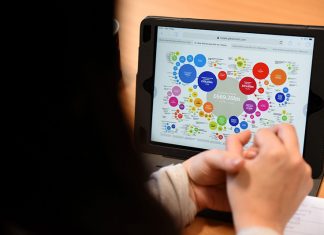 January 4, 2021
0
Free digital courses being offered by Teesside University could help people in the region bridge a digital skills gap whilst also supporting...