Shildon AFC supporters club is launching a new brand in new premises after it was required to vacate the facility it currently shares with the football club.

Shildon AFC Supporters – Club 1890, as it will now be officially known, will be moving out of the Dean Street ground to new premises it has identified in the town and will be launching new merchandise and a brand new logo.

A supporters club spokesperson said: “Shildon Football Club’s ambition this season has been to gain promotion, and it’s an ambition we fully support. However, promotion to the next level of the football pyramid brings with it a requirement for the football club to provide next level facilities.

“As a result, it became increasingly clear as the season progressed that the club would be looking to extend its catering and provide classroom facilities in the portacabin block it currently shares with the supporters club.

“The supporters club has therefore been asked to find new facilities and we will very shortly make an announcement in that regard.

“The new start has also provided us with an opportunity to modernise our own brand and we are delighted to announce that as of now, we will be known as Club 1890, with a brand new badge and brand new merchandise for the coming season.

“As we all move forward into a new era will will continue to support the football club financially as and when we can. 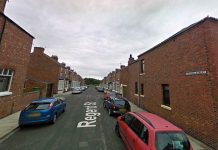