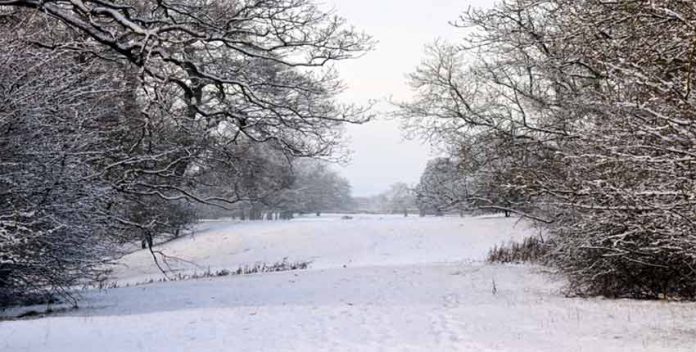 It’s only natural that after the number of snowy days we’ve had recently that I write a piece on snow.

So here it is…

I remember seeing snowmen in every garden, in fields or at the park.

Remember when you were just a child, waiting for that first snowflake to bring on that fuzzy Christmas feeling? As soon as it began to fall running outside into the garden and catching the snowflakes with your tongue, the dog jumping around like a puppy trying to catch them with you… What happened to that amazed child?

I remember seeing snowmen in every garden, in fields or at the park. Children everywhere building snowmen and snow dogs with their parents. The spontaneous snowball fights and dropping to the floor waving your limbs around making snow angels. You don’t see this so much anymore…

Sledging in the snow is one of the greatest benefits of snow days, dragging your £5 sled up a hill and flying back down again. What’s not to like? You don’t even need a sledge. Take a bin bag or a sheet of plastic, anything that you can slide down on.

These days we’re worried about catching the snuffles or getting soggy socks, worried someone might pinch the snowman’s hat (or even his nose!) and whether its okay to make a snowman somewhere that isn’t our own garden or yard. Parents working all day and just wanting to chill at home watching Emmerdale while the children hibernate in their rooms on Facebook or the PlayStation. 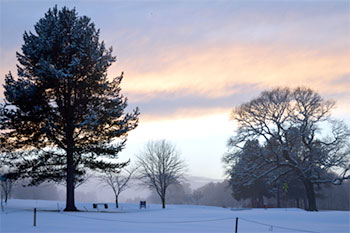 Snow makes even the most ordinary places look like a scene from a fairy tale. Okay, so Coundon or Shildon don’t have the same views as the Cotswolds or Snowdonia National Park but when it snows, it’s like a new world… as if you’d been kidnapped while you slept and woke up in Narnia.

The views, the ones we take for granted become a thing of awe, utterly breathtaking. The way pastel colours fill the skies and reflect off the snow, the distant mist. This picture was actually taken just outside Bishop Golf Club.

Why would you not want to get out on snowy days and see this for yourself?

Walk your usual dog walking route and see for yourself how snowy days turn our normal to magical. Feel the crunching snow beneath your shoes and the freshness on your face as you’re out on your stroll.

There are so many things you can do when it snows which you normally wouldn’t be able to do. Building snowmen and igloos for one! But what about spotting wildlife? Surely with all the snow we’ve had the wildlife will be hiding away keeping warm? Well not necessarily, not all wildlife hibernates.

As you walk along public footpaths or bridleways you can spot the tracks of a rabbit which had hopped along this path not too long ago, or the distinct ungulate hoof prints from a deer which you hadn’t noticed right in front of you. 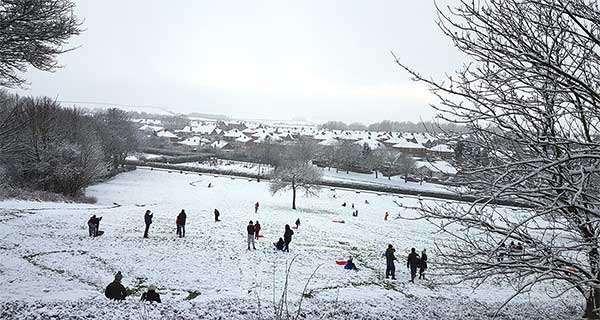 If you like the idea of tracking animals, starting out in snowy conditions is a great way to get to know tracks since they’re so noticeable.

Have a go at spotting the difference between a fox print and a dog print. Foxes have narrower paws, more arrow-like, while dogs tend to have broader paws, more circular. If you’re struggling, get onto google images and print off a load of prints for referencing. You don’t have to buy overly expensive tracking books.

With the amount of white, things tend to stand out a lot more. Cheeky little Robins stand out like a sore thumb with their distinct markings and shape, often getting closer for a sneaky peak of what you’re up to.

Spotting Roe Deer can be tricky, they’re skittish and blend well with their environment. The snow gives us the opportunity to see these beautiful and majestic creatures with more ease, though still not as easy as other wildlife. Other animal signs become more visible, scat and kill sites are easily spotted. Just make sure you catch them before the snow falls  covers it all up again!

So keep your eyes peeled!

There’s so much to offer on snowy days. It’s a chance to go out with the family and enjoy the world we live in, and at no expense.