Greenfield Arts have been thrilled to be part of a project that gives a voice to the people of Shildon. Creative Director, Katy Milne, has been leading the project and has been working towards releasing new artwork at Shildon Station. This will be informed by and reflect the spirit of the town, its significant heritage and most of all its people.

Individual voices from present and past are influencing the artwork for the future and the team have been intrigued and inspired by the many personal stories that the community have shared, the essence of which have been shared within a ‘zine’ and will inform the new artwork.

The stories include a strong female voice from the past. Alan Ellwood, a key figure who is part of the Shildon local history group, was kind enough to share a great deal of interesting information including the words of 19th Century resident Margaret Anna Young, who’s time capsules were uncovered from within the walls of Blyford House in Shildon, an exciting find that gives a unique insight into life in the town.

Significant female voices are often missing from the histories we read, it was refreshing to listen to Margaret’s very personal account of life in Shildon in the 1850s.  Her curiosity about life and people was inspirational and aligns well with the curious approach that it is at the core of Greenfield Arts and the Shildon in Motion project.

“Curiosity, perhaps there are few more words which contain so much meaning – few more that result in such fateful and useful consequences – it is that, that often prompts me to “say and act” and to try the apparently impossible things”

Margaret’s inspiring words and her account of Shildon during her lifetime will be captured in the essence of the artwork alongside being informed by responses from the many wonderful accounts, histories and thoughts of all involved in the project, a big thank you for all of the contributions from the wonderful people of Shildon.

The project is supported by Northern Heartlands, one of the sixteen Great Place Schemes in England, funded by National Lottery Heritage Fund and Arts Council England and also by Bishop Rail Community Partnership.

Although our arts centre facility is closed at present Greenfield Arts are continuing to develop this valuable project and other creative work. We are also busy preparing for our 20th birthday celebrations with a commemorative film, an inspirational poem and creative projects, find out more and keep in touch with our work and progress via our website www.greenfield-arts.co.uk or by following us on Facebook and Twitter @greenfieldArts for further updates. 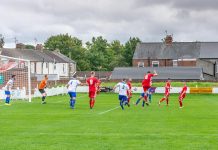 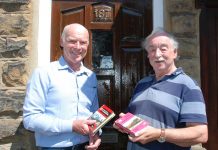 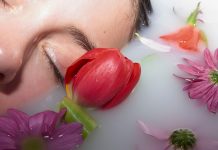 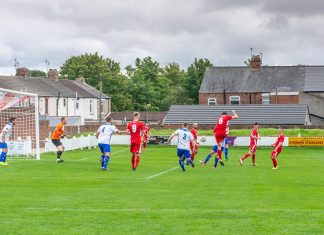