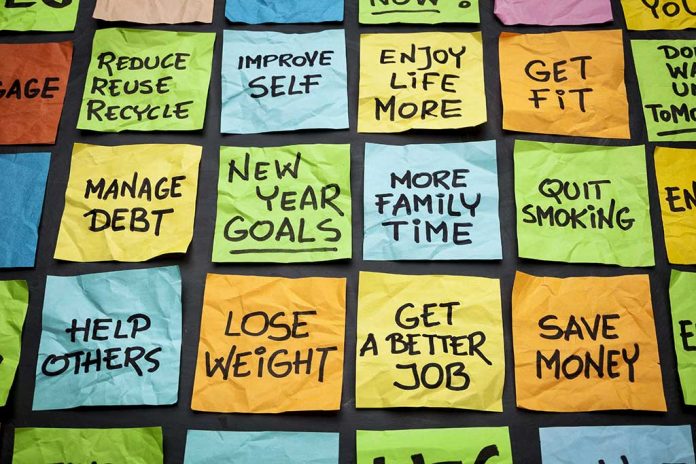 “New Year, old me” … no, not the cliché words that instinctively pour from (just about all of) the mouths of people within a global radius – but words which value a certain sense of authenticity about who I am as a person.

In a world dominated by social media, we are also unwillingly bombarded with those individuals who thrive off it: YouTube, Facebook, Instagram and Snapchat are no longer places of solace, to connect and share memories with friends and family, but rather a territory for competition – no longer viewed as a playground, but are slowly morphing into cold, four walled corporations.

These sites are the breeding ground for young, and aspiring teenagers – ‘blogger’, ‘vlogger’, ‘fitness-enthusiast’ and ‘health-guru’ are terms which are becoming increasingly popular in today’s world, and ones which if you didn’t know already – how?

With the upheaval of these major influencers and their social media platforms, it’s hard not to compare yourself to them when repetitively day after day you’re scrolling through countless images of that girl’s low-carb dessert, the other’s flawless skin, that guy’s post-gym picture or your friend’s stupendous straight-A’s.

Despite its perks, social media has created an unhealthy desire for brand-identity and wanting to scrupulously change ourselves to become more like those who live on the inside of our mobile phone screens.

So maybe you’ve made a vow that your diet starts from January 1st, or next week you’ll get a gym membership to burn off all those mince pies, or maybe even put makeup on your face for the next 365 days…. whatever it is, is it something you think that you should do in order to fulfil the expectations from society, or because it is something you want to do?

Often it becomes hard to draw a line and distinguish the two, but what about if, instead of thinking about what we should – or want to- change, we focus on what we don’t want to change about ourselves? – the things we love, the things that make us different and quirky and lovable and special.

This is the birth of ‘New Year, old me’. While it may be hard not to criticise ourselves after being in a society which has conditioned us to do so, it’s valuable and important that we cherish and embrace the qualities that make you you.

So I’ve set myself a challenge – share what I love, and don’t want to change about myself this year, despite being in the face of judgement and criticism, which may be better known as ‘the rest of the world’.

Determination, resilience and ambition: these are the qualities that I won’t ever exchange; not for wealth, not for beauty, not for intelligence – these qualities can’t be exchanged, because they are things that money can’t buy.

I might not be the most beautiful, the most intelligent, the thinnest, the strongest, the bravest, the fittest, the wealthiest, the funniest – and I’m not going to pretend I am.

It’s been hard, after all these years of unrealistic New Year’s resolutions, to finally accept that I can’t change the parts of me that are uniquely mine.

So – what’s YOUR
reverse resolution?

No matter how many times we tell ourselves ‘this year I’ll lose weight, I want to look like her’ or ‘this year I’ll get straight A’s, just like he does’ (insert other resolution here), we can’t replicate what we think ‘success’ looks like on others onto ourselves, simply because we are not the same.

Maybe we can’t ‘change’ who we are to become ‘better’, but we can better ourselves by emphasising the things we love and don’t want to change.

So – what’s YOUR reverse resolution?