The family of a teenager who died in a collision have paid tribute to her, describing her as a “much-loved daughter and granddaughter who will be sadly missed by everyone.”

Jayden Ryder died on Friday (February 2) after she was involved in a collision on the B6287 Merrington Road, between Ferryhill and Kirk Merrington.

The 18-year-old, from Ferryhill, was driving a Fiat 500 when she was involved in a collision with an Audi A3 which was travelling in the opposite direction.

In a statement, her parents said: “It is with deepest regret that we announce the death of our beautiful daughter Jayden Ryder who was in involved in a fatal road traffic collision in Ferryhill on Friday, February 2.

“Jay was a much loved daughter and granddaughter who will be sadly missed by everyone.

“There is now an empty space in our hearts. Until we see you again, Daddy’s girl, who has turned into God’s special angel.”

They added: “We wish to thank everyone for their support through this sad time.”

The collision happened at around 8.25pm.

Her passenger, a 19-year-old man, was taken to James Cook University Hospital, in Middlesbrough, where he received treatment for his injuries.

The 26-year-old driver of the Audi suffered leg injuries and was taken to University Hospital of North Durham.

His passenger, a 27-year-old man, was transported to James Cook University Hospital where he remains in a serious condition.

Anybody who witnessed the incident is asked to contact Durham Constabulary on 101 and ask to speak to the Collision Investigation Unit. 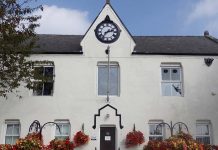 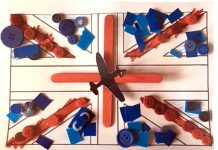