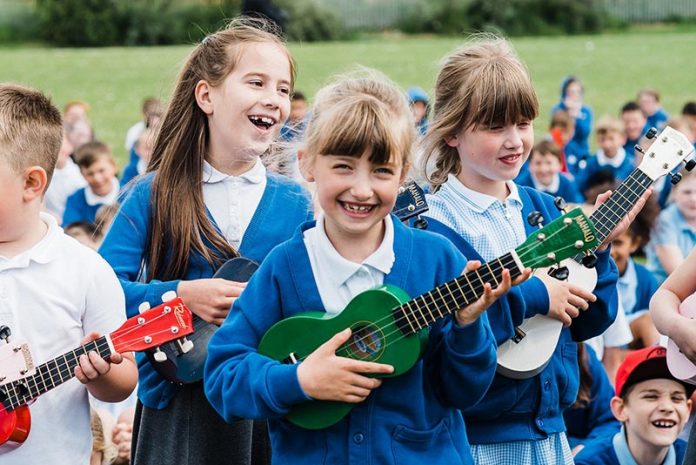 Thousands of young people from across County Durham and Darlington picked up their musical instruments making the region come alive with the sound of music.

The Big Play commenced at sunrise with a performance by members from the prize-winning Durham County Youth Big Band at Darlington Market Place. Throughout the day primary and secondary schools hosted their own celebrations ranging from ukulele classes to choir performances.

The Gala Theatre in Durham played host to the Big Gig, an exhilarating evening of electrifying rock classics and sensational pop hits, brought together by young bands who ended the show with the inaugural DMS Battle of the Bands competition, which was won by Manifested Hope from King James Academy.

Also taking part in the Battle of the Bands, with his band Obscuriti, was 15-year-old Ryan Lofthouse who is currently appearing on television show The Voice Kids UK.

As the sun was setting on the longest day of the year the Cream Tees Youth Folk Band ended the Big Play day with a performance at the Langdon Beck Hotel, before the musicians took their instruments on to the Teesdale moors for the final performance.

Cllr Olwyn Gunn, Cabinet member for children and young people’s services, said: “Whether you were singing, playing violin or banging a drum, well done to all the schools and community groups that have taken part in this brilliant event. It is impressive and to be commended that Durham Music Service is highlighting the importance of music education. These extraordinary performances have showcased the talent and flair of children in our county.”

For more information visit https://www.durhammusic.org.uk/ or search for #BigPlay on Twitter.