The Football Association has announced that the non-league season is being brought to an end with all results expunged, meaning Shildon AFC, who were second in the Northern League Division One table and on course for promotion, will lose out.

“We have have just received the following from the FA,” began a statement on the club’s Facebook page before posting the FA’s decision.

The FA statement said: “We have been working collaboratively with the National League System (NLS), the women’s football pyramid and the wider grassroots game since the outbreak of COVID-19 on how to conclude the 2019-20 season in the most appropriate way possible.

“These are challenging circumstances for English football and all decisions taken are in the best interests of the game and in consultation across key stakeholders. Our primary concern will always be for the safety and welfare of clubs, players, staff, officials, volunteers and supporters during this unprecedented time.

“Today’s steps take into account the financial impact during this uncertain period, whilst considering the fairest method on how the sporting outcomes for the season will be decided with the integrity of the leagues in mind.

“The NLS and the women’s football pyramid were able to build a consensus amongst their leagues and, where possible, aimed to create a consistent approach across all leagues, whilst taking into account the unique characteristics of each individual league.

“These decisions will also apply to the leagues and clubs who play at NLS step seven.

“We will continue to assist and support the National League (NLS steps one and two) to determine the outcome of its 2019-20 season as quickly as possible. The planned implementation of the restructure of the NLS will also now be deferred until the start of the 2021-22 season.

“Furthermore, we can now confirm that we have decided that all grassroots football is concluded for the 2019-20 season. This will allow the game to move forward and to commence planning for next season. Our County Football Associations (CFAs) will be supporting grassroots leagues over the coming days to determine how they should close out their current competitions.

“Where appropriate, the above decisions will be put to The FA Council for ratification.

“Throughout this period we continue to seek guidance in respect of the government’s financial support packages relative to COVID-19 and how they are applicable to clubs in the NLS, the women’s football pyramid and the wider grassroots game.”

The decision means that Shildon and third place Hebburn Town will begin again with every other club in Northern League Division One in the 2021-22 season while the runaway leaders, Stockton Town will miss out on the chance to be crowned league champions.

Reacting to the news on the club website, a disappointed Shildon AFC Chairman, David Dent said: “Today we have learned of the FA’s decision that the National League in which we compete at Step 5 should be ended with immediate effect and that all results will be expunged meaning no promotion or relegation.

“This is very cruel on Shildon AFC as I firmly believe we would have gone on to win promotion and go on to play at a level the cub has never played at before.

“As chairman I’m absolutely devastated by this news, but I’m more concerned for everyone else associated with the club; our volunteers, supporters, sponsors and, not least of all, our management team and players, who have been absolutely outstanding all season. I feel they deserved so much better than today’s decision.

“We have invested heavily this season, in terms of money but also in time and effort, which has all been wasted.

“Now is not the time to make decisions on what happens next, it’s the time to thank everyone for your support and superb efforts throughout the course of a season in which we were 80% through and 10 points ahead of fourth. Let’s not forget those facts!

“However, there are bigger problems that we are currently facing at the moment so please stay safe and take care.” 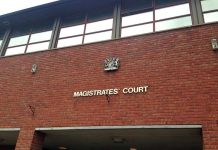 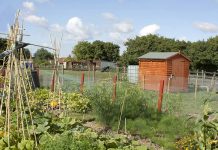 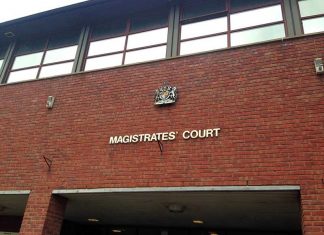 March 31, 2020
0
Two men have appeared by video link at Newton Aycliffe Magistrates' Court this morning (31st March) after a nurse was burgled while...