County Durham continues to blossom as it wows the judges of a prestigious regional gardening competition once again.

The county has won a series of awards in Northumbria in Bloom, including best overall entry for Tanfield, best small city for Durham and best large town for Bishop Auckland.

Chester-le-Street also impressed the judges with its cricket themed floral feature at the entrance to the Riverside Ground for the Cricket World Cup and came in joint second with a silver award in the large town category.

Wharton Park was named best park in the region and was described as an ample habitat for wildlife, from the wildflower meadow to the large mature trees and the newly opened community garden which is full of flowers, fruit and vegetables.

Pam Phillips, of the Middleton in Teesdale In Bloom group, which received a silver gilt in the village category, was named as one of three community champions for her dedication and commitment to the competition over the last 17 years.

Durham City, Wharton Park and Chester-le-Street were submitted by Durham County Council with the others put forward by either town or parish councils, or local ‘In Bloom’ groups.

Cllr Brian Stephens, Durham County Council’s Cabinet member for neighbourhoods and local partnerships, said: “We are absolutely delighted that once again County Durham has wowed the Northumbria in Bloom judges and proven how bloomin’ marvellous our county is, across such a wide range of towns and villages.

“These awards are in recognition of all the hours of hard work put in by staff from town and parish councils, the county council, schools, community organisations, and most of all an army of committed volunteers. A huge well done to everyone involved.”

Judges visited Durham in the height of summer and were shown the flourishing floral displays on the city’s roundabouts, which also bared mining memorabilia, including giant miners’ lamps, all in honour of the Durham Miners’ Association’s 150th anniversary.

They said of Durham’s best small city success: “Durham’s World Heritage status confirms it’s international importance, but the local partnerships produce a beautiful, welcoming, vibrant city. The magnificent architecture is softened by abundant floral displays and the mature trees in the parks, gardens and colleges suggest a calm green woodland in the city. The move to wildflower planting and the wildlife corridor along the riverbanks benefit the natural world, and trials of battery powered tools and vehicles demonstrates a commitment to the future. Durham does not fail to impress.”

In giving Tanfield the Percy Boydell Award for best overall entry, judges said: “Tanfield is a small rural village in County Durham of around 100 households on a steep hillside with a history dating to Saxon times. It has a strong sense of identity in its modern role as an attractive, colourful commuter village through its widespread enthusiasm, passion, people and flower power which are its major strengths.”

Judges who visited Sedgefield said: “From past performance Sedgefield has a very high reputation to maintain and they certainly live up to that.  With their professionalism and strong core team they have confidence in their ability to execute the plans they make for the year.  They ensure inclusion of the residents and children in their work.  The Bloom group’s influence and commitment to maintaining the high standards of the town is evident in every aspect and their strong relationship with the local council is a great benefit to the town.”

And of Belmont, they added: “An urban community with many attractive private gardens and many out-standing community projects within its boundaries. The group are very aware of current environmental thinking as shown in the “Scrambles”, and its allotment site and school garden.  It provides attractive seasonal bedding for both Spring and Summer, as well as permanent planting areas.”

Northumbria In Bloom is part of the Royal Horticultural Society’s Britain in Bloom, a yearly nationwide gardening competition. Durham City and Tanfield are also hoping for a top prize in this year’s national awards, which will be announced on Friday, 25 October. 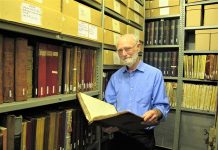 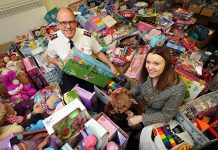 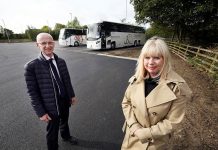 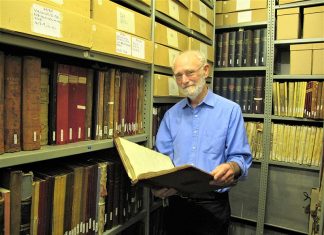 Organisations across County Durham and Darlington take to social media to...