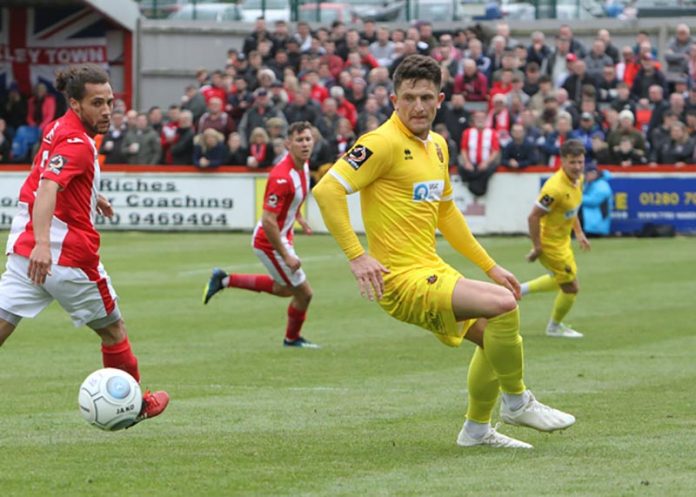 Spennymoor sealed a place in the National League play-off final after a dramatic penalty shoot-out victory over Brackley Town on Sunday, setting up a showdown with Chorley at Victory Park this weekend.

In a game filled with remarkable misses, goal line clearances and moments of disbelief, the game ended goalless after an enthralling 120 minutes of action.

With the stakes so high and the sheer nature of the occasion so big, the first half was understandably a tense and tight affair with few chances for both sides.

Brackley striker Lee Ndlovu had an immediate chance, but his tame effort was easily saved by Matt Gould.

As the half neared its conclusion the game saw its two most open chances, with Hawkins curling an effort just over the bar, before Glenn Walker hit a shot which deflected straight into the hands of the alert Gould.

The second half, at times, defied logic, as both sides spurned glorious chances in a hectic affair. Taylor saw a header drift just wide from Stephen Brogan’s laser like free kick, and then Lewis superbly kept out Ramshaw’s brilliant turn and hit from close range.

The contest swayed once again when Brogan’s corner hit the bar, then Ryan Hall saw a shot from a tight angle squirm marginally wide of the post, but neither side could find a breakthrough as extra time ticked down.

With the game heading towards penalties, Taylor’s precise pass found the run of substitute Adam Boyes, but he slid the ball wide, sending manager Jason Ainsley to his knees on the touchline.

With three minutes remaining, Ndlovu missed the game’s clearest chance, somehow putting a shot wide after a mix up between Gould and Brogan.

That miss saw the end of a breathless 120 minutes, signalling a nail biting penalty shoot out.

After a host of superb spot kicks, Rob Ramshaw was the first to miss, giving Ndlovu the chance to send Saints through to the final, but the striker skied his effort high over the bar.

Boyes then kept his cool, heaping the pressure on Luke Fairlamb. The Brackley man sent his spot kick wide of Gould’s left hand post, gifting Hawkins the opportunity to seal a famous win.

Hawkins, who scored the goal that put Moors in the semi-final, found the bottom corner to spark a pitch invasion and wild celebrations in the away end.

Moors now travel to Chorley on Sunday for arguably the biggest game in their 115-year history. 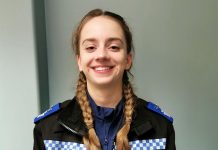