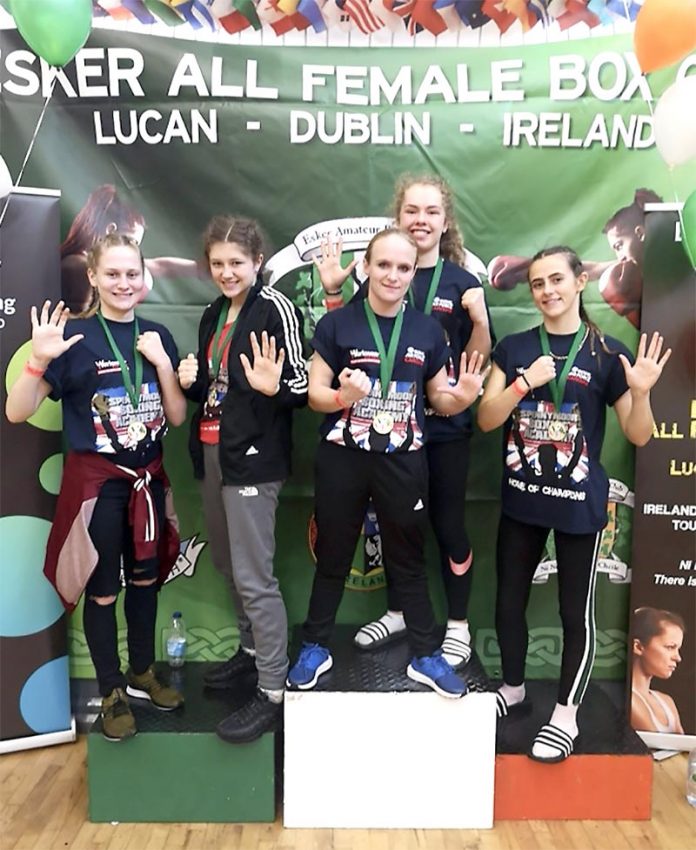 It was the 6th edition of what is considered the world’s most prestigious female only BoxCup.

The club has never sent a team of all female boxers overseas before, and it was mainly to gain them experience of travelling as a squad, and them benefitting from competing against teams from all over the world.

The girls boxed magnificently to reach five finals. And not only did they reach the finals, which in itself was a great achievement, but they boxed their way to five gold medals, winning every final against very strong and experienced opposition.

Team Manager, Neil McCormick thanked all the girls and the two coaches, Davey Brown and Vicki Hodgson, for making the tour a huge success and said all the girls sent out a strong message to the rest of the country and the world of how well schooled Spennymoor Boxing Academy girls are.

Robert Ellis, Director of Coaching added: “I would like to say a big thank-you to all the people who donated towards this tour and gave the girls this wonderful opportunity.”