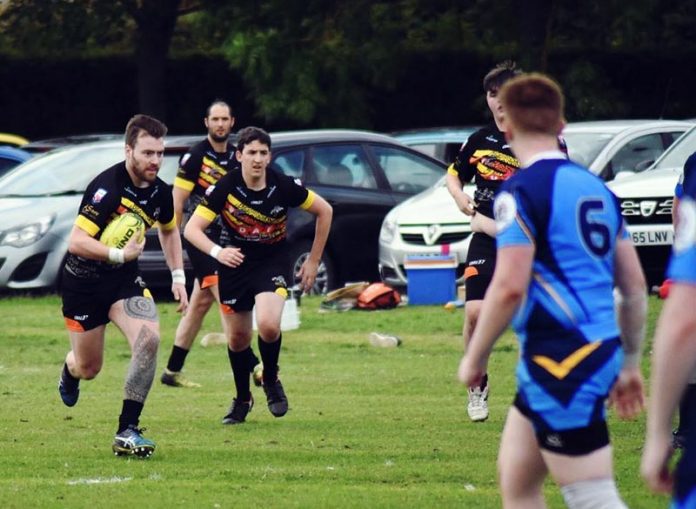 Durham Tigers recorded their first win of the season with a thumping 98-0 victory at home against Peterlee Pumas on Saturday 22nd June.

A minute’s silence observed by both teams before the game in honour of a member of the Egglestone family who passed away recently and the family later thanked both teams and the supporters for their respect.

The Tigers got off to a dream start, scoring a try in the first minute through Nicholas Mimms with Euan Kitching notching the conversion to give the Tigers an immediate 6-0 lead.

From then, there was no stopping the Tigers and a further 8 tries followed in a rough first half.

Two scores from Jamie Allison, Stuart Hann and Euan Kitching were added to by Tom ‘TC’ Clarke and captain on the day, Matty Mitchell. Kitching added to the score by converting 6 of the possible 8 for an unassailable 50 point half time lead with Peterlee failing to make it onto the score sheet.

Tigers were in no mood to let up and added a further three tries in the opening 10 minutes of the second half.

On the 50 minute mark the visitors’ frustrations boiled over and Peterlee were reduced to 12 when one of their players received a red card.

Another six tries followed for Tigers.

Four of the possible 6 conversions were scored with Kitching adding three more to his tally and Stuart Hann the other.

With the score at 98-0 on 68 minutes, the referee called game as requested by Peterlee Pumas, who were in no mood to endure further embarrassment.

Man of the Match for Durham Tigers, as voted by Peterlee Pumas, was Euan Kitching.

“There was lots of impressive play with plenty of class from the Tiger’s and the team effort was outstanding,” said club chairman, Jason Plews.

The next men’s open age game is away to second placed Edinburgh Eagles on Saturday 6th July with a 2:30pm kick off.

“Remember that we have men’s open age training every Wednesday at Sunnydale Leisure Centre from 6:30pm,” added Jason. “All are welcome and we are always looking for new players.

“We also have Women’s Durham Tigers Rugby League training every Tuesday at Sunnydale from 6:45pm.

“Again, all are welcome and we are also always looking for new players.” 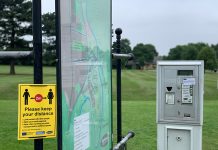