Today (26 September) is Finley Clark’s first birthday. Finley was born ten weeks early and his family is celebrating with a charity fundraiser to help towards providing a family room at the Neonatal Unit at University Hospital of North Durham. Finley’s mum, Allison takes up the story.

On the 26th September 2018 I went into premature labour experiencing abdominal pains from 1am. After several phone calls to the labour ward, I arrived at University Hospital North Durham (UHND) around 9am and by 9.30 had been assessed where I was told I was 9cm dilated. By 10.17am, I gave birth to my beautiful son, Finley – ten weeks early. Weighing just 3lb 6oz, he fitted into the palms of my husband’s hands.

Finley was taken straight to the Neonatal Unit and placed into an incubator. When my husband and I first walked into the unit nothing prepared us for what we were about to see. As we looked around there were other families all facing the same journey as their little miracles all wanted to enter the world early. All these families were all fighting there own internal battles.

When first born, Finley was put on air to assist his breathing. However, after a few hours it became clear he needed a higher level of support so was put onto a system called CPap which involved an uncomfortable looking oxygen fed nasal mask and tubes.

We had a tense wait as it was discussed in great depth whether to transfer Finley to the higher dependency Neonatal unit at the RVI in Newcastle. The decision was made to keep him at Durham as after a few more hours he was holding his own and the stress caused to a premature baby by moving them can actually do more harm than good. After a few days on CPap he was transferred onto a less intrusive system called ‘high flow’ as his ability to maintain his own breathing slowly improved.

At three days old, Finley began to experience bradycardia (a slow heartbeat) and apnoea (where he stops breathing). This was due to his lungs being so immature and the fact he needed stimulation to remember to breathe. To assist with this common problem with premature babies, a small dose of intravenous caffeine is given.

From day one, Finley was permanently attached to a heart monitor and a sats probe, vital pieces of equipment to aid the Neonatal staff in knowing when the episodes occurred.

The early routine of feeding was a very strict one governed by the age and weight of the baby. Finley’s feeding was done using expressed breast milk through a nasal tube and syringe. The volumes at first were tiny, only a few millilitres every 3 to 4 hours, gradually increasing as the days and weeks passed.

As with all babies, they lose a little weight over the first few days; around 10% is considered normal. Finley dropped to just 2lb 15oz but once a good feeding routine was established, we were pleased to be seeing tiny weight gains of 20-30 grams every few days.

During the eight weeks Finley was in the Neonatal Unit at UHND, he was cared for by the amazing team which consisted of consultants, nurses and nursing assistants. The team at Durham were amazing. The support they gave myself and Phil, the love they showed Finley, but most of all the dedication and commitment they showed to each individual baby really makes you realise that without these professionals, miracle babies would not have the best start in life. We will be forever grateful to them all.

Finley finally came home on 12th November 2018, but the trips back to the hospital did not stop there. A further nine visits, several overnight, followed over the next 2-3 months getting to the bottom of and managing cases of severe reflux and colic and a dairy allergy that all developed as Finley transitioned from being tube fed to bottle fed.

Almost twelve months on with Finley approaching his 1st Birthday, though still very small for his age, we are pleased to report that he is now thriving and doing everything you’d expect of a one-year-old, showing no ill effects of coming into the world ten weeks early.

Having a premature baby is something I never thought about, but when it happens to you, you live hour by hour and treasure every precious moment. You look at your baby in the incubator and as a mum you feel so helpless and want to do more but can’t. You’re so thankful for every hour that passes and watch and pray your baby gets stronger every day.

After spending a long time on the unit, myself and my husband want to raise some money to give a little something back. We planned a 15-mile Hadrian’s Wall walk for early September, walking east from Gilsland to raise £1,000 via a Just Giving page so the Neonatal Unit can put the money raised towards a family room for others in our situation.

On Saturday 7th September, myself, Phil and four friends completed 13 miles of our walk. After walking constantly for almost eight hours over one of the toughest sections of the route, we couldn’t walk any further!! We are due to complete the last two miles in early October.

We are still raising money for the unit, so if anyone would like to donate please see our Justgiving page. 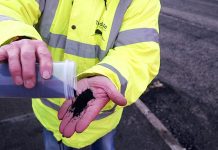 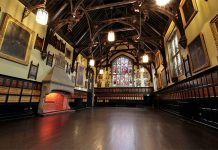 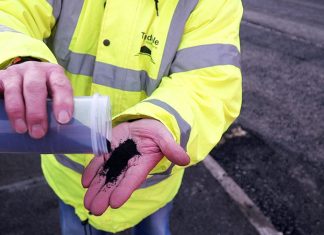