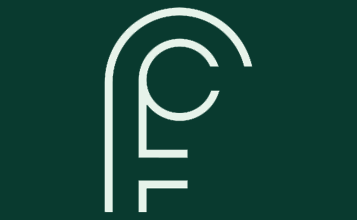 Ferryhill Town Youth Under 10’s travelled to Stranton in Hartlepool to play the league leaders, looking to continue their recent good form.

Ferryhill soaked up some early pressure as Stranton looked to use their home advantage.

But it was the visitors who opened the scoring when Ferryhill mounted a counter attack for Aaron Fairless to finish well under the diving keeper.

After that the half belonged to Ferryhill as they pressed and harried the opposition then took advantage once the ball was won back.

Some more pace and drive from the away team created two more chances which Aaron and William took well. Some great build up play from Marc, George and the scorers helped Ferryhill to a 3-0 half time lead.

The second half was closely contested as Stranton tried to battle back, Jamie and Reuban brought fresh legs into the game as Ferryhill kept repelling the home team’s attacks.

Stranton did manage to score late on but Ferryhill secured their third win in a row.

Man of the Match was Aidan as he, Noah and Carlton defended superbly and started the Ferryhill attacks from the back.

The second game saw a change of personnel across the park and new positions but this did not affect the football on display.

Reuban was his dynamic self as he looked for the ball at every opportunity. Samantha took her usual role at the centre of the Ferryhill defence and was once again in solid form. Layton Hunt put in a great hard working performance on the left side of the midfield.

Kareem came in to make his debut in midfield and put in a man of the match performance.

The game was end to end and the goals were evenly spread.

It was 2-2 until the final kick of the game as Stranton snatched a winner.

This didn’t distract from some really good performances from everyone involved as the squad progresses together. 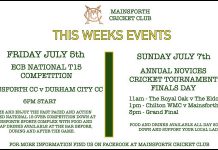 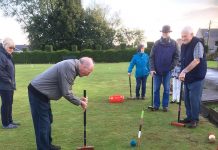 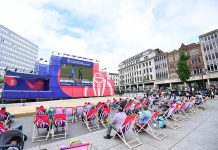